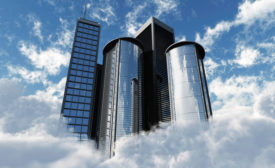 The move is designed to deliver state-of-the-art cloud services.
No Comments
CaaB has recently become part of the Equinix marketplace community, allowing any MSP, VAR, or hosting provider to add white-labeled cloud offerings to their customers within a day.
Read More 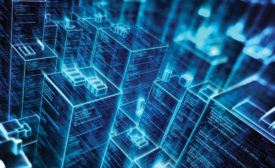 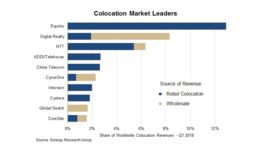 The companies are being helped by an aggressive M&A strategy.
No Comments
New Q1 data from Synergy Research Group shows that Equinix, Digital Realty, and NTT maintain a strong lead in the colocation market, helped in part by the many acquisitions that they have made.
Read More 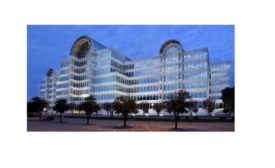 Highly interconnected hub will enable further expansion by Equinix in a growing regional digital gateway.
No Comments
Equinix, Inc. has announced it has entered into a definitive agreement to acquire the Infomart Dallas, including its operations and tenants, from ASB Real Estate Investments, in an $800 million debt and cash transaction.
Read More 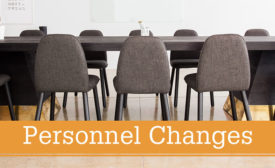 Executive chairman and former CEO Peter Van Camp appointed interim CEO.
No Comments
Equinix, Inc. has announced that CEO Steve Smith has made the decision to resign as CEO and from the Equinix Board of Directors, after exercising poor judgment with respect to an employee matter.
Read More 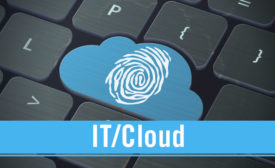 The move is designed To expand interconnection opportunities for businesses.
No Comments
Equinix, Inc. has announced the next phase in the evolution of its global platform through the direct physical and virtual connection of its International Business Exchange™ (IBX®) data centers around the world, enabling customers to connect on demand to any other customer from any Equinix location.
Read More

The company has increased its IX reach in Europe and the Americas.
No Comments
Equinix, Inc. has announced the expansion of the Equinix Internet Exchange into nine new metros in the EMEA and Americas regions in Q4 2017 and early 2018, including Amsterdam, Denver, Dublin, Frankfurt, Houston, London, Manchester, Milan, and Stockholm.
Read More

Breaking Down the Data Center Hierarchy

Catering to the Hyperscale Tenants

Optical Cabling in the Data Center: Preventing Problems Through Testing

This issue of Mission Critical, we focus on cabling solutions, total cost of ownership, the real cost high-speed migration, hybrid IT strategies, and more. The 2020 Buyer’s Guide is also featured for your convenience.