As senior vice president at CenturyLink, David Meredith’s responsibilities include the oversight of 60 data centers and related hosting services across North America, Europe, and Asia, which help thousands of customers grow their businesses through the innovative use of technology infrastructure.

An award-winning senior executive and international entrepreneur, Meredith previously served in board director, CEO, president and management roles for international businesses. His experience spans a range of industry verticals from venture-backed firms like NeuPals in China to business units of public companies such as VeriSign, Capital One, and CGI.

David holds a master’s degree in the Management of Information Technology from the University of Virginia (UVA) where he serves as a director and past-chairman for the Graduate Advisory Board. He graduated with honors with a bachelor’s degree in finance from James Madison University. 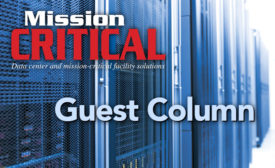 The IT infrastructure market faces massive disruption — both today and for the foreseeable future. Digital transformation presents significant challenges and opportunities that will surely separate leaders from laggards in 2016.