Keith Krach — who has been nominated for a Nobel Peace Prize in recognition of his work defending against Chinese "techno-authoritarianism" and leveraging the technological advantages of the U.S. to work toward a new form of diplomacy — tells quite a story in this episode of The Thought Cloud. He recently inaugurated the Krach Institute for Tech Diplomacy at Purdue University. Previously, he co-founded Ariba and led DocuSign's growth and IPO. He is also the youngest-ever vice president in the history of General Motors, the highest-ranking U.S. diplomat to visit Taiwan since the U.S. recognized the Communist government in Beijing (and was personally sanctioned by China for doing so), and one of the few high-ranking officials in the Trump administration to continue to have an advisory role with the Biden administration. 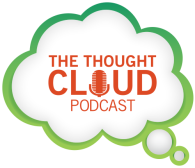 Podcast | How To Be a Successful Woman in Tech