Designing Microgrids for Efficiency and Resiliency

Traditionally, mission critical facilities have been willing and able to rely on centralized power plants owned and operated by utilities.  These centralized utilities have controlled the transmission and distribution of power along with generating electricity at plants powered by coal, nuclear, natural gas, and hydro.

However, the traditional model of a central utility supporting customers is in transition. The U.S. Energy Information Administration (EIA) forecasts total U.S. electricity consumption, including direct use of electricity by combined heat and power (CHP) plants, will decline by 0.4% in 2020 and remain flat in 2021 — essentially putting a cap on potential profits that could be used for infrastructure upgrades. 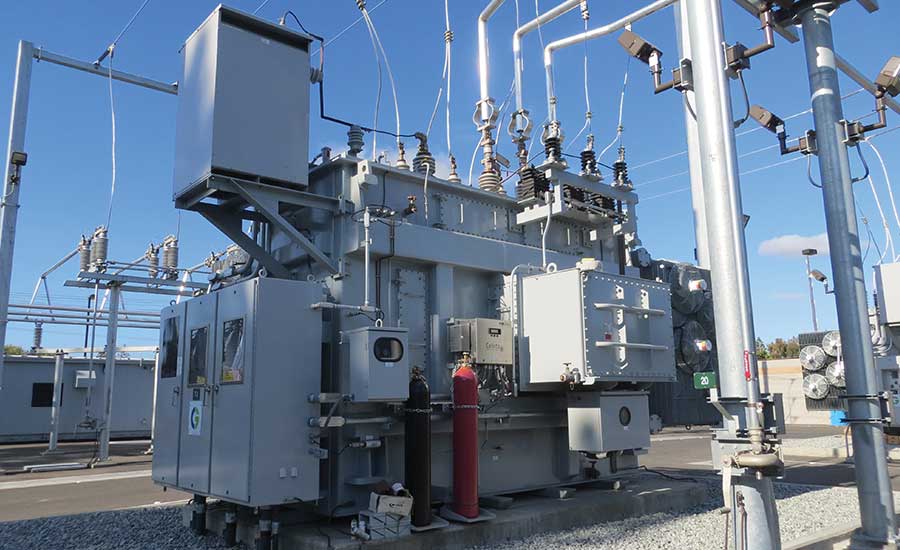 According to the EIA, managing a grid with increasing amounts of customer-sited variable generation, microgrids, and distributed generation assets — like wind and solar — increases wear and tear on the distribution equipment required to maintain voltage and frequency within acceptable limits and to manage excessive heating of transformers during reverse power flow.

We have seen examples of when stress to the grid has caused outages. For example, in July 2019, with only 45 minutes of notice, Con Edison had to shut down power to New York City residents when a section of its system reached a maximum capacity of 12,063 MW. In northern California, PG&E has been proactively shutting down power to residents to avoid the threat of fire during high-risk times of the year.

The age of the grid has made the distribution and transmission network more susceptible to outages.

ClimateCentral.org has tracked the increase of outages due to weather events, where major outages (affecting at least 50,000 customers) increased to over 120 events in 2010 — a tenfold increase since 1984.

Further, a 2016 Ponemon Institute study estimated the cost of a U.S. data center outage has grown to $8,851 per minute, and the toll for health care facilities can average $690,000 per outage.

Lastly, the increase in non-dispatchable renewable generation in the form of grid-scale wind and solar has added to the overall instability of the transmission and distribution network.

According to Bloomberg, 50% of new generation capacity build type has been non-hydro wind and solar since 2012.  With capacity factors below 35%, these renewable resources need to be supplemented with fast-responding assets like gas and diesel generators paired with battery energy storage systems and intelligent controls in the form of microgrids.

DesignING for Efficiency and Resiliency

The following components of a microgrid are customized based on each facility and can generally be defined as follows:

Load or Energy Demand — An electrical and/or thermal load that is traditionally supported by the natural gas or electric utility provider.

Distributed Energy Resources — These include traditional resources, like natural gas or diesel generators, that convert fuel mechanically to make electricity and thermal energy as well as renewable systems, like solar and wind, that convert natural resources instead.

Energy Storage — Chemical and thermal storage that holds energy in reserve to be dispatched as needed to supplement other distributed assets. This energy can come from the overproduction of renewables, or it can be stored/charged when energy is cheaper for use at times of peak cost.

Intelligent Controls — These are used to optimize the available assets to provide the lowest cost of electricity by automatically shifting supply to the most efficient resource. For example, shutting down one generator when two are running at the highest load factor to increase fuel efficiency.

In a true microgrid application, the load or energy demand is key to the design of the energy system.  Designing to efficiency and resiliency means balancing these assets with the cost of operation, space available, fuel resources, and government regulations.

In the following paragraphs, we analyze how facility loads dictate the final design of a microgrid with a focus on traditional distributed generation assets and energy storage, to best understand the design considerations that go into proper microgrid planning.

Facility load or demand will drive the size and shape of the microgrid.  It is important to analyze each site individually even if the loads and designs are similar, as location affects local regulations. In addition, ambient conditions will affect how the distributed energy resources will perform.  Local codes and standards are one of the main early drivers for the design of a microgrid. These can include any or all of the following.

1. Emissions regulations — Emissions rules can limit fuel types. For example, diesel may only be used in some areas for standby and with a limited run time of 100 hours or less annually.

In places like California, even natural gas generators will need emissions control systems that add to both capital and operational costs  as well as the complexity of the system.

Lean burn gas engines have standard configurations for NOx output of 1 g-bhp/hr or 0.5 g-bhp/hr.  The 0.5 g-bhp/hr is cleaner but 1.5% less electrically efficient. When designing a full cogeneration system with continuous operation and required emission controls, the greater electrical efficiency provided by the 1 g-bhp/hr engine offers greater long-term value over the less efficient system.

2. Grid interconnection — Each individual utility creates a set of rules that govern the process and costs of operating in parallel with its transmission and distribution system. Even when electricity is kept behind the meter, the costs and time needed to properly operate in grid parallel add additional unforeseen costs to projects.

Exporting excess energy is even more costly and difficult.  Analysis must be performed on how any distributed energy system will affect your relationship with the utility provider. One factor, such as departing load charges, outlines the costs of reducing the power a facility will use by installing a CHP system — but analysis is also needed to know the cost for the utility to have that power available when the CHP is down for maintenance or repairs.

3. Fuel availability — Natural gas is the most commonly selected fuel source we see in North America for microgrids, as it has both a low cost and a reliable distribution network. In Latin America, where pipeline natural gas might not be available, other options are often considered.

One fuel source that is gaining traction is liquid natural gas (LNG).  LNG is a natural gas fuel that has been changed into a liquid state by cooling it to minus 323°F though a refrigeration process at a liquefaction plant for ease of transportation.

Propane can also be considered, but there is as much as a 50% derate in performance when using it as a fuel. When selecting propane as a secondary fuel, other design consideration will need to be considered, such as load shedding.

Higher operating efficiencies enable CHP systems to consume up to 40% less fuel while generating the same amount of power and useful thermal energy as separate heat and power systems.

Power security for mission critical facilities has traditionally been limited to coal-fired central power plants that supply electricity through a transmission and distribution system with on-site standby generators for selected loads, but this is changing.

End users are paying more attention to how they design and purchase their power systems. Intelligent distributed generation systems in the form of microgrids increase security and efficiency by offering a wide selection of power generation and storage sources, providing maximum control for facility managers and reducing reliance on utilities.