Connecting One of the World’s Greenest Data Centers

Building inside a mountain presents challenges and benefits

Built into the mountains of Stavanger, Norway, in what was formerly a NATO ammunition storage facility, is now one of the world’s most secure and energy efficient data centers.

For site owners at Green Mountain, the transition from ammunition storage facility to data center was not without challenges. They were faced with confined spaces, existing structures, and the need to install a reliable piping system to cool the server racks. But despite the challenges, it also offered many benefits, including the cold Norwegian climate to keep data cool at lower costs and the vast supply of hydroelectric power. It has therefore proved to be a sensible investment for Green Mountain CEO Kristian Gyland.

Together with Victaulic and pipe installation contractor Sig Halvorsen, Gyland overcame the many challenges that the site presented, constructing a truly unique data center.

FROM STORING WEAPONS TO STORING DATA

The facility was constructed by NATO in 1964, during the height of the Cold War. The site initially spanned across three halls and, in 1994, was extended to double its storage capacity to house mines and torpedoes.

Following the deescalation of geopolitical tensions, NATO no longer required the facility and decided to sell in 2009. This marked a golden opportunity for Green Mountain’s first data center.

“We opened this facility in 2013 with our first three customers,” Gyland said. “Since then, we have continued to expand the site as we’ve grown. Today, we are covering 22 square kilometers under the mountain and expect to reach full site capacity in 2023.”

When they learned of the location, it was obvious to Green Mountain the site offered several opportunities that were too good to pass up. Although the construction design would be challenging, the business potential was there. 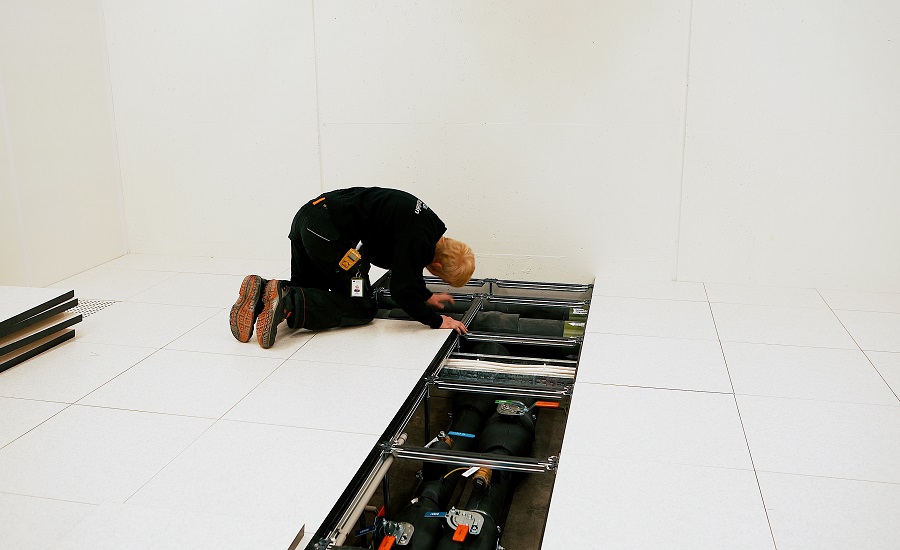 Faced with confined underfloor space, existing structures, and the need to have a system that is reliable and easily maintainable, Green Mountain needed an efficient pipe joining system as well as an installer that could do the job.

In the data center industry, storing data in a secure environment is of utmost importance. Green Mountain had a vision that if a mountain could keep NATO’s weapons secure, then it could also keep data secure; and the company was right. According to Gyland, the Stavanger site is one of the most secure data centers in the world. A feature which can be largely attributed to the center’s location within the mountain.

As well as being secure, it is located within close proximity to the fjord, home to one of Europe’s lowest-priced sources of hydroelectric power. The data center could therefore operate at lower costs with a sustainable power source. Together with a vast supply of hydroelectric power, the site benefits from the cold Norwegian climate, providing a cost-effective means to cool data.

Faced with confined underfloor space, existing structures, and the need to have a system that is reliable and easily maintainable, Green Mountain needed an efficient pipe joining system as well as an installer that could do the job. Because Norway is heavily involved in the oil and gas business, welding is a common method of joining pipe in the region. However, the site needed more flexibility than welding could offer. It was important to Green Mountain that they had the ability to easily expand the facility as their business grew. Victaulic offered the ideal solution, but with one concern for Green Mountain: Would it last? 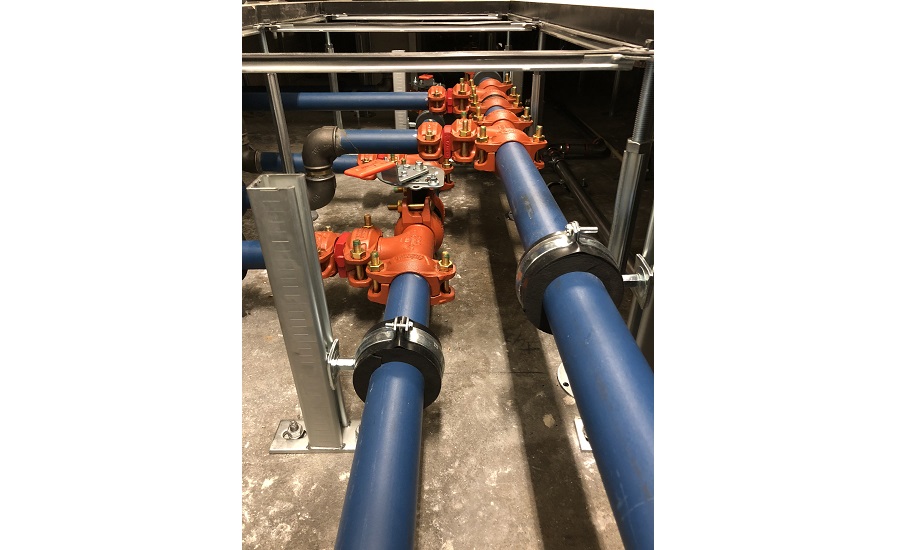 “When we were presented with the mechanical pipe joining solution from Victaulic in 2012, it was only natural for us to use this technology for our piping systems,” said Green Mountain CEO Kristian Gyland.

“When we were presented with the mechanical pipe joining solution from Victaulic in 2012, it was only natural for us to use this technology for our piping systems,” Gyland said. “Using a system that is not welded provided us with the flexibility we needed and was a huge cost saver since it allowed us to build in phases. We didn’t have to make assumptions on where future data racks were going to be placed and where the cooling system should run; we were simply able to build as we grew and add customers.

“The only concern we had when we installed a grooved system in our facility was whether the joints would last over time,” Gyland continued. “But having operated for close to six years now, we’re confident that this is a solution we will continue to work with, and we are happy with the way it’s working here at Green Mountain Data Center.”

Beyond the flexibility and reliability of the Victaulic solutions, Gyland was also pleased to partner with a company that aligned with Green Mountain’s values on sustainability.

“As Victaulic uses 90% recycled material in their production facilities and provides a system that avoids the fumes and gases released when welding, it makes our companies a great fit when working together,” Gyland said. 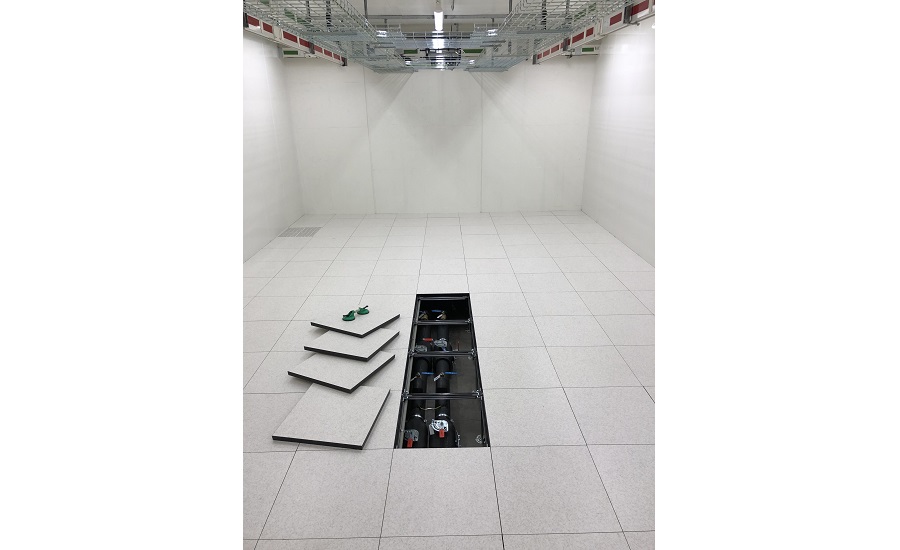 Beyond the flexibility and reliability of the solutions, Gyland was also pleased to partner with a company that aligned with Green Mountain’s values on sustainability, as Victaulic uses 90% recycled material in its production facilities and provides a system that avoids the fumes and gases released when welding.

Sig Halvorsen was the contractor tasked with installing the cooling system in the Green Mountain facility. Its employees are familiar with Victaulic solutions, particularly within data centers. Frode Horpestad, operations manager at Sig Halvorsen, who worked on the Green Mountain installation, stated that Victaulic’s products allowed his team to overcome some of the site’s installation challenges.

“It is a simple system to learn and has simple check methods to ensure proper installation,” he said. “Our employees also received close follow-up from Victaulic’s representatives on the construction site if required, so it has worked very well. Using a flexible and robust technology has many advantages. For example, installing Victaulic products allows us to use the same crew on every construction site, and we do not require certified welders for joining the pipes. Offering Victaulic solutions even helped us to win some major projects.”

Considering the internet wasn’t invented until several years after the Stavanger NATO facility was built, it is safe to assume the engineers of the time never foresaw a day where the location would become a world-renowned data center. But as it turned out, the safety and security of a mountain, with a nearly unlimited hydropower supply and cool climate, made for the perfect location.