KEYWORDS PDUs
Order Reprints
No Comments
Server Technology has released its PDU Power Pivot™, a patent-pending new data center PDU feature with a 90° rotatable power cord, which allows it to be positioned in a variety of ways. 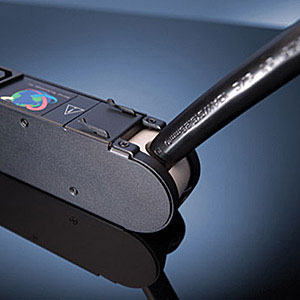 The PDU Power Pivot also has an LED screen with an “auto-flip” display that actually inverts depending on the position of the PDU.

The PDU Power Pivot will be offered initially in four new products: three new 30-outlet PDUs in the basic, metered, and smart PDU categories and one 24-outlet switched PDU, offering on, off, and reboot capabilities.

PDUs from APC by Schneider Electric