The Uptime Institute’s Fall 2012  Uptime Network conference opened on a somber note as Martin McCarthy, CEO of Uptime Institute and The 451 Group,  explained that Institute founder Ken Brill could not attend the event because of a serious health concern. Brill, he explained, had played a central role in the development of the Uptime Network, which he had envisioned and brought into existence almost 20 years ago. 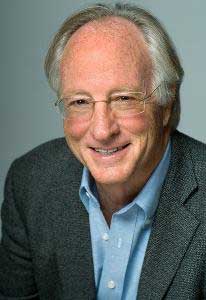 McCarthy noted the many changes that 451 Research had brought to the Uptime Network since purchasing the Uptime Institute in 2009 while playing tribute to Brill during an hour-long address. Later in the day, Mission Critical obtained this more detailed statement from McCarthy, “Ken Brill has had surgery for the removal of a Glioblastoma brain tumor. Although a terminal diagnosis, he remains optimistic and views this as a new chapter in his life with unlimited possibilities.  He is pursuing an aggressive treatment plan over the next few months and is looking forward to engaging with friends and colleagues while continuing to make a meaningful contribution. “

McCarthy’s announcement preceded a long day of sessions, which were opened for the first time to Mission Critical on a limited basis, as the Uptime Institute looks to find ways to share the value of its intellectual property more broadly while maintaining the integrity of its network.

The three-day event attracted more than 120 network end-users who gathered to learn about the results of Uptime Network analysis of network data. The Network includes data points stretching back in time as far as 18 years, enabling staff professionals such as Hank Seader, Vince Renaud, Pitt Turner, Tony Ulichnie, and Anton Hios to analyze trends stretching back several years.

During his presentation, Seader used the Abnormal Incident Report database to provide a counterpart to presentations suggesting run-to-fail maintenance strategies, suggesting that the on-site staff that would conduct maintenance prevented many more failures than might be caused by maintenance practices. He also noted a positive relationship between continuous staffing of facilities and reduced failure rates.

In a later session, Renaud used the Uptime Institute’s Density Report to demonstrate higher rack densities in multi-tenant facilities than in enterprise facilities while showing that density rates in all facility types had not risen greatly in recent years and remained surprisingly low.

Network members such as Eric Fussenegger and Dave Percival of TE Connectivity, John Ford and John Sasser of Sabey, and Bob Rosenberger of DuPont Fabros Technology led other sessions, which focused on best practices and case studies. And, Terry Seger of Cummins led a very thorough discussion of the Environmental Protection Agency’s Tier 4 requirements for diesel engine.

Network data cover a wide variety of related topics and is presented in the form of averages and trends to attendees who contributed much of the information. These presentations and sessions are just two of the forms in which members receive the results of the analysis done on the data after it is collected. To that end, both Seader and Ulichnie encouraged network members to provide more data, or more accurate data, or both, as a way of ensuring that the analysis is correct.

Later in the day, the Uptime Institute recognized network members that had attained 100 percent reliability, with one network member having achieved uninterrupted operation for 13 years.